Smart City Expo World Congress is the leading international event on smart cities. It will be held from November 13 to 15 at Fira de Barcelona, ​​on the Gran Via venue, in which will be its 8th edition.

The motto chosen this year by the Smart City Expo (SCEWC) is “Cities To Live In”, with which it will focus on smart cities but, above all, on more livable cities.

The Barcelona Smart City program will be structured into five axes: digital transformation, urban environment, mobility, governance and finance, and inclusive and shared cities; and will address issues such as 5G and the future of connectivity, gentrification, systems of innovative transport, and the collaborative and circular economy, among others. 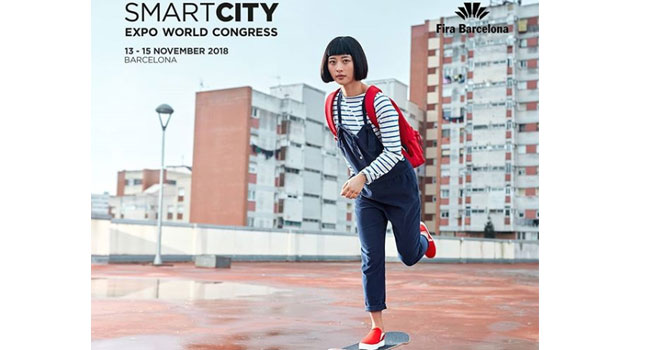 The organization of the Smart City expects to exceed the participation of last year and foresees that this year the fair will grow 20% of exhibition space. Amongst the more than 700 companies that will participate in this year’s edition of the Smart City are Cisco, Deutsche Telekom, Engie, Huawei, Mastercard, Microsoft, SAP, Siemens, Suez and ZTE. In addition, many cities and countries around the world will exhibit their projects, including Austria, Belgium, Denmark, Dubai, Germany, Finland, Holland, Israel, South Korea, London, Moscow, New York, Norway, Prague, Sweden and U.S. The Smart City Expo World Congress brought together some 700 cities last year in Barcelona and 675 exhibitors. The fair was attended by 420 speakers and almost 19,000 visitors from 120 different countries.

At the same time, the iWater, the Smart Mobility World Congress, the Circular Economy European Summit and the Sharing Cities Summit will also be held.

If you are looking for a place to stay during the Smart City, you can do so at our boutique hotel in Barcelona, ​​located in the center of the city.

This website uses our own and third party analysis cookies to collect information for the purpose of improving our services as well as for the analysis of your navigation. If you continue browsing, it means accepting the installation of the same. The user has the possibility of configuring his browser and can, if he wishes, prevent them from being installed on his hard disk, although he must bear in mind that such action may cause difficulties of navigation of the web page <br><br> Likewise, ADEY SA informs the user that it has the possibility to configure its browser so that it is informed of the reception of cookies, being able, if it so wishes, to prevent them being installed on its hard disk. Here we provide the links of various browsers, through which you can make these settings: <br><br> Firefox from here: http://support.mozilla.org/en/kb/activitar-y-disable-cookies-que-los-sitios-we Chrome from here: http://support.google.com/chrome/bin/answer.py?hl=en&answer=95647 <br> Explorer from here: http://windows.microsoft.com/en-us/internet-explorer/delete-manage-cookies#ie=ie-10 <br> Safari from here: https://support.apple.com/kb/ph17191?locale=en_US <br> Safari from here: https://support.apple.com/kb/ph17191?locale=en_US <br> Opera from here: http://help.opera.com/Windows/11.50/en-US/cookies.html " <br><br>